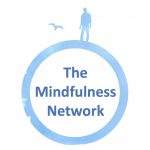 Please note that I only offer supervision for MBCL.

I was born in 1957 in the Netherlands. Instead of studying at university, I lived as a Buddhist monk for six years in South East Asia. During this period, I studied Buddhist psychology, practised meditation intensively and learned to teach meditation to others. I have written several books on this subject, some of which have been translated into English.

After returning to the Netherlands, I trained as a nurse in psychiatric settings. I started to get interested in a more secular way of practising and teaching mindfulness, and studied to become an MBSR/MBCT teacher at the Institute for Mindfulness (IvM) in the Netherlands. I am now affiliated as a trainer at various training institutes across Europe. My wife and I have set up a private practice from which we organise retreats and training in mindfulness and compassion.

As a trainer and author, I collaborate closely with psychiatrist/psychotherapist Erik van den Brink, with whom I developed a follow-up programme for participants who have already followed a mindfulness-based training (e.g. MBSR or MBCT).  This programme is called Mindfulness-based Compassionate Living (MBCL). We teach workshops and a Teacher Training Programme on MBCL throughout Europe. Together we wrote several books on compassion training, which were published in the Netherlands and later translated into German, English and Spanish.

Please see our Supervision FAQs for more details on the cost of supervision.